Did I hear you say something about Spring?

Shazam!  How about a little ice storm to cool your heels?

There are times when I say to myself "I should write that on my blog," and then I think "oh that's so boring. Who'd want to know about that?"
There's performance anxiety here, can you feel it?
This weekend was a typical gray, overcast Midwest weekend. We eked into the low 40's for about fifteen minutes, and then the weather decided we'd had too much fun and it started to snow. All of my southern Facebook friends posted photos of themselves wearing shorts and wondering if they should go swimming since it was only 78 degrees. I decided I hated all my southern-living Facebook friends and hid them for a while. That'll teach them.
I whipped out to the grocery store on Friday. I managed to use two whole coupons and spend $180 in food (for two weeks). At first I thought I should have gotten more for next to nothing, and then I came to the real conclusion that I didn't want to buy any of the things that I could get for next to nothing, and dammit I was buying what I wanted.
It was grocery catharsis and it felt GOOOOOD. I bought salmon and fresh mozzerella and GOOD bread and ORGANIC cereal. OMG. Who knew actually shopping for what you want could feel so good? Who needs a stay-cation? Get me to a Jewel!
(In retrospect that sounds pretty terrible for a super couponing fan, but sometimes you just say screw it.)
We got an email last week from my daughter's orchestra teacher with a recording of the kids playing something terribly complicated in preparation for this weekend's District-wide orchestra festival. It was pretty obvious he was sending this out as blackmail to get the kids to practice more.
No, seriously, I think we should encourage our kids, but let's not sugar coat this and give them all a goodie bag for showing up: they sucked. At one point a dear friend of mine listened to them play and mused they'd only possibly be ready if for the next week they all spent 40 hours in private lessons. Possibly.
In a panic I dashed off an email to the orchestra director begging to know what we could do to avoid the inevitable train wreck that was about to occur before a captive audience of parents who'd only two years ago banded together to save said orchestra program and raise nearly $200,000. I had a vision of two hundred parents shouting WTF? in unison.
I didn't get a reply until the day of the concert, when I was assured by the director that they sounded better (aka all the other kid's parents went Tiger Mother on their asses), and low and behold, the orchestra gods smiled upon us and they did not suck on Saturday and actually sounded pretty good. The violins, I don't know what piece they were playing, but the cellos, they rocked.

So what does Best by, Sell by and Born on dates really mean on a product?

The most confusing stuff I've seen, but I learned something!

http://www.webmd.com/food-recipes/guide/do-food-expiration-dates-matter
Posted by Marie at 3:37 PM No comments:

As much as I don’t like to buy expired products, I don’t like to buy them from Jewel either. I know the current trend is to bash Dom's on this issue, but I’d like to see Jill take her camera and two hours in the local Jewel store. This isn’t just an issue with one chain. At Jewel a few months ago, I helped a an older lady get some peanut butter she couldn’t reach off an upper shelf. It was a speciality brand, low traffic, like cholesterol free etc etc and it had expired 6 months ago.

The following was posted over at Super Couponer Jill Cataldo's website based on her foray into the local Dom's in search of expired: 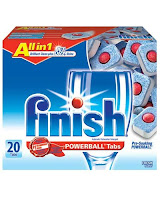 Target is having an unadvertised special on 20ct boxes of Finish gelpacks/tablets or 10ct packs of Finish Quantum tabs (their premium line).

This was a stock up price for me. I snagged several. I hadn't bought dish detergent in almost two years from the last sale, so this was fine as I was getting low.
Posted by Marie at 1:45 PM 1 comment:

Conagra this and that

My avid couponers who shop at Jewel will undoubtedly NOT be reading this as they are more likely to be whizzing through Jewel snagging some deals than sitting home in front of the computer. But just in case you are like me, and not every item in a catalina rocks your world, I thought I'd share the tiny, teeny, little deal I did:

And that's it. Really? No five cases of HC soup, or dozens of bottles of Wesson oil? Is the deal to become a Swiss citizen no longer in the works?

Not this time. What I really needed was the hot chocolate and the lunches for work. For the rest, I'm good. Look at it this way, I'm leaving the shelves stocked for you!

For more info on the catalina and fancier deals than mine, try mashupmom, one of my Chicagoland favorite bloggers (she makes it easy for us novices).
Posted by Marie at 1:32 PM No comments:

If you have a child playing Suzuki cello, you know what I mean. Here's one of my favorite cellists playing for a workshop this past Sunday. A bit fast, and the third "pony" seems to be in a hurry to catch up, but what an improvement!

Sometimes I get bored and I tweak. I surely wish Blogger would offer a few more choices of pre-made templates. I did manage to make the header image larger in Photoshop (yay me!).
Posted by Marie at 3:19 PM No comments:

There are times like today when I am very glad we got the BIG snow blower.... 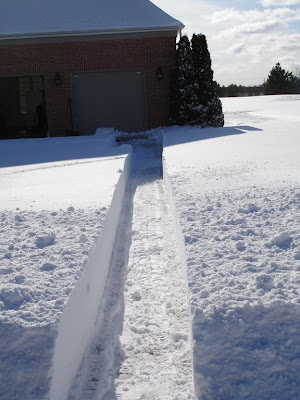